PLAYING AND MAKING UP YOUR OWN PLAY, STORYTELLING

In my years as a drama teacher I discovered what I love to do most:

To touch and tickle children’s fantasy with a story, a book, a theme, an object; to give them drama- and storytelling exercises and assignments; and then to knit their ideas and plots into a play or a production however small or big. For example the story of the princess who wakes up one morning to find a dragon on the palace’s doorsteps. No one can go in or out. What do you think the princess does? 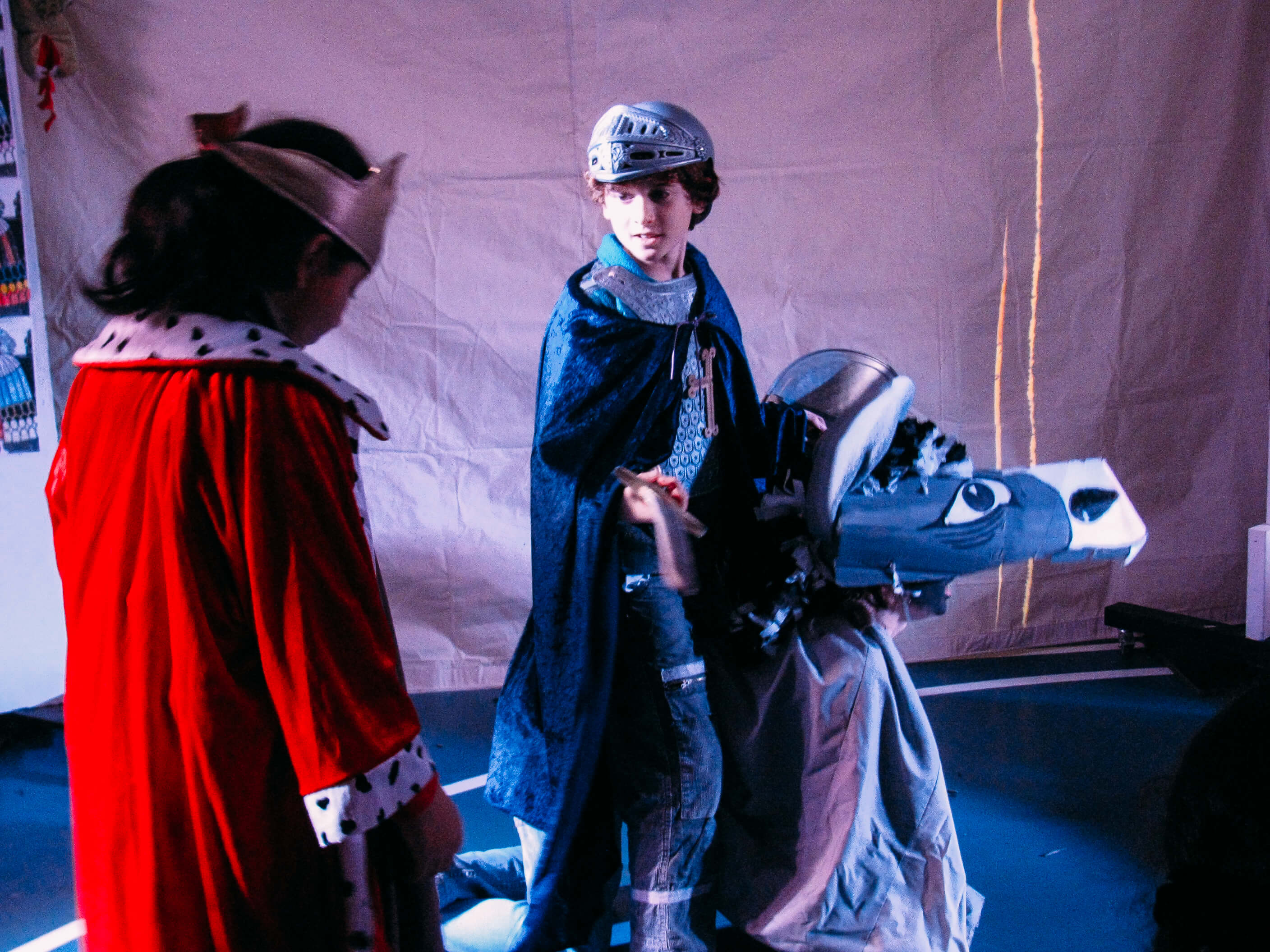 Or the boy who loves to paint and loves the sea and one day sets out to paint the sea, wants to start at the beginning, but where IS the beginning of the sea? Where will he go looking?

After my training as a Drama Teacher I followed two courses of Storytelling. Such a useful tool on stage and in classrooms in general!

I like children to focus on their acting rather than on their lines. That’s why I hardly ever work with written lines. If they know the purpose of the scene -and they do because the play is theirs!- they can improvise their words.

In this way I worked with many classes and smaller groups of children. Always so much fun! Ownership of the children in their playing is very important to me. I rather see a production ‘owned’ by the children and maybe messy in performance than a ‘perfect’ stage performance. Most important though is working together and having fun doing it! 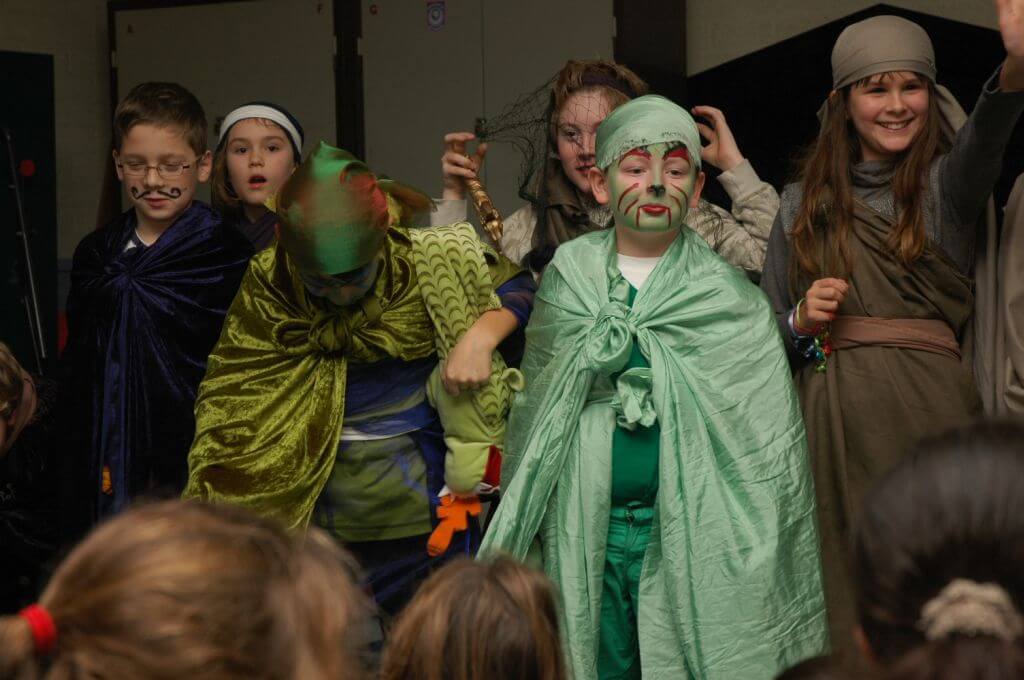