In the morning general rehearsal in the theatre and late afternoon two performances with parents, family and friends as audience. With help of all teachers and parents we managed this huge logistic operation. The artistic lead was for me. Sometimes I got help from a teacher or a parent in writing the script or adjusting songs. 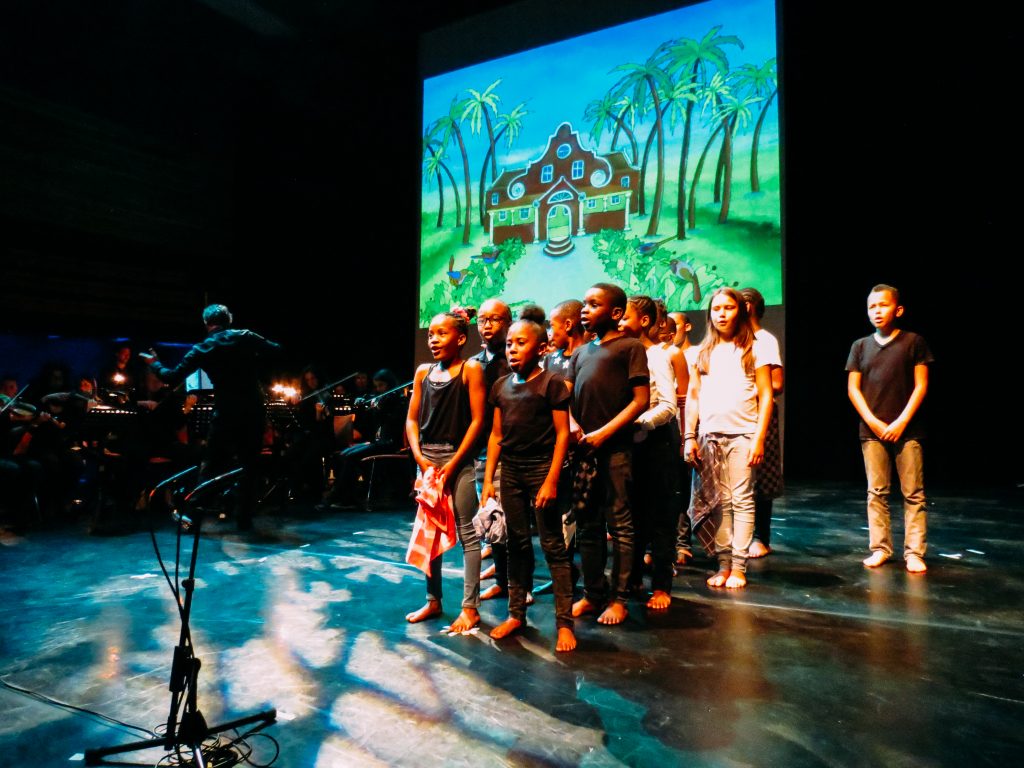 But we always had a performance where each child could shine for a couple of minutes (or longer) on stage. Thát is my personal challenge: each child playing the role it wants, feeling comfortable with the role and growing from the experience on stage. 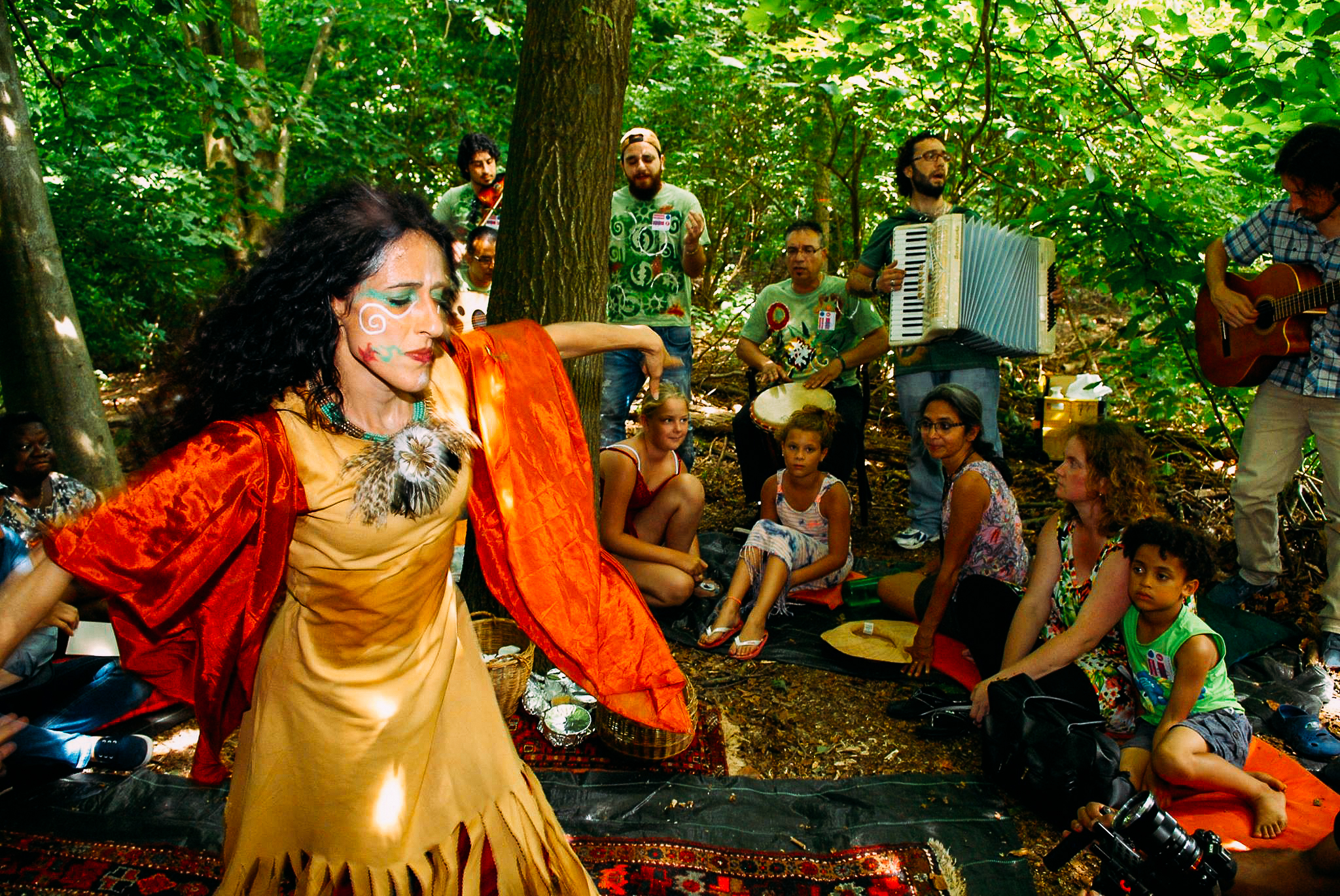 With a coworker-friend we developed a two-day theatre project to put one (primary) school as a whole in motion, ‘Broken mirror’. Each class would get one workshop from one of us, each class would learn a song taught by their own teacher. In the end we would have a performance with the whole school both as actors and as audience, each class playing in turns their parts on stage. Then for the first time everybody saw and understood the story. We did the project successfully at several schools in Almere. 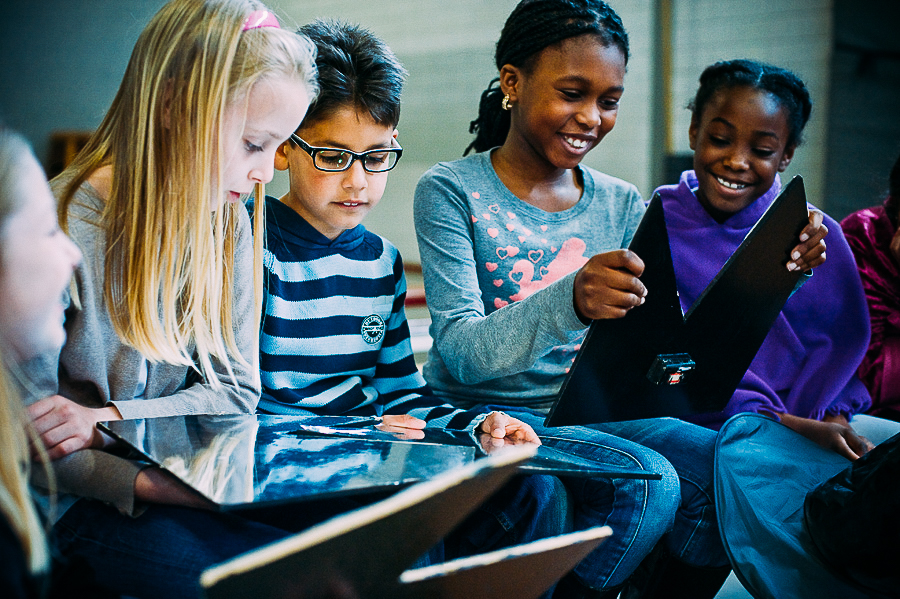 In 2016 and 2017 there was a new challenge: the music school I worked for in Amsterdam Zuid Oost wanted a festive end of the musical year with participation of more than 200 children from 8 different schools. There was an orchestra of teachers and children. There was a story. There were all sorts of technical supports, a professional theatre, music teacher-coworkers in charge of their classes and their parts, one coworker responsible for the whole production and logistics. And me? I was artistic leader of the performance as a whole! In this cooperation with dedicated professionals and enthusiastic children we made two beautiful musical performances, an impression of the last one you can find here