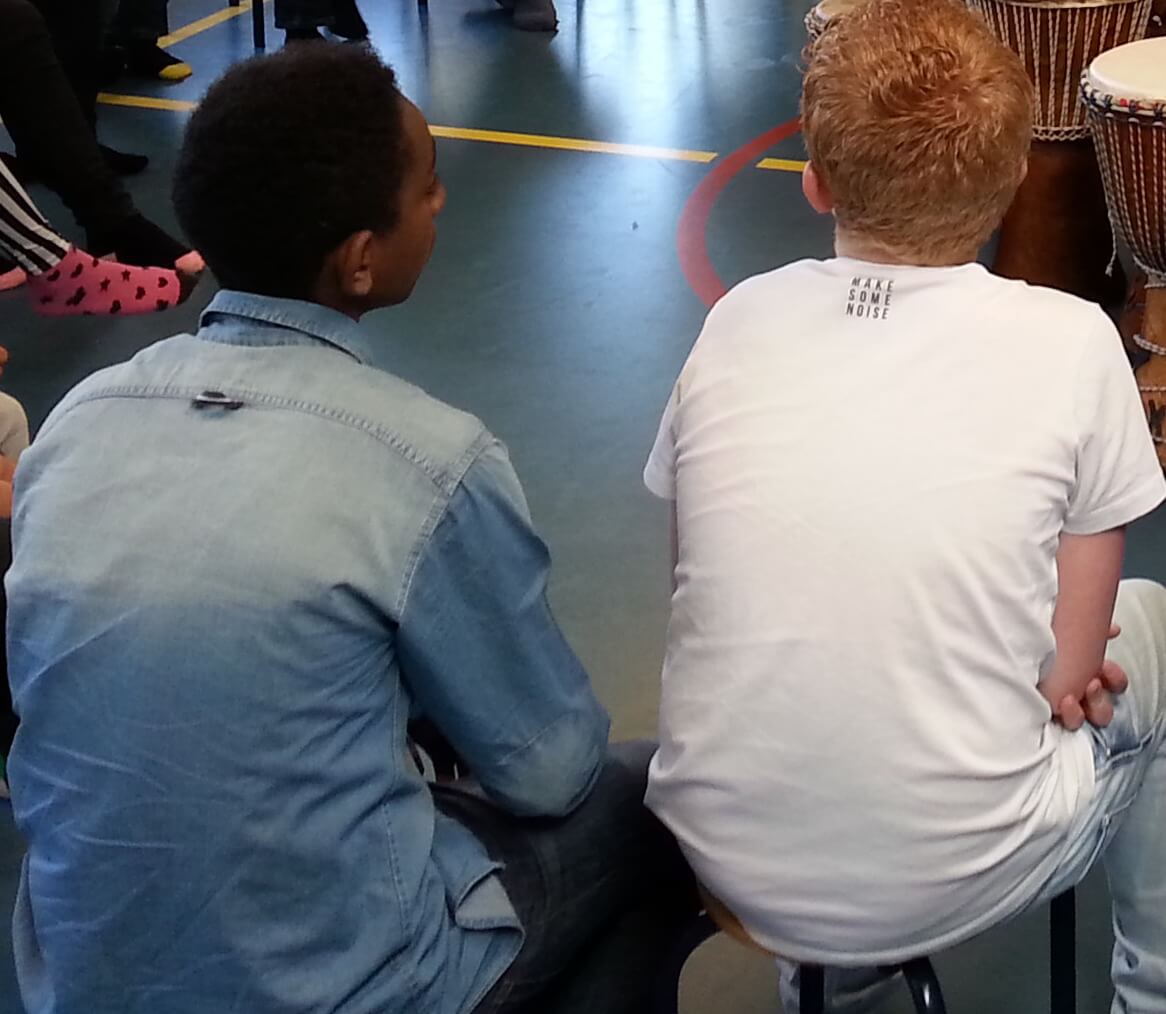 Teaching music to primary school classes is not always easy. It demands a lot of you putting energy and drive in the lesson to get the children actively involved. You always have to do many things simultaneously (don’t teachers always do this?). And of course there is some notion in your mind how the children should react, how the lesson should develop, how things should work out.

Well, sometimes things don’t work out and children don’t respond as they are supposed to! Ha, here comes the interesting part of our job!

Last week two boys of 8th grade were sent to me to practice their solo rapping parts in the school musical. One was motivated. The other was not. He lost the musical script. He just sat down. Clearly he did not intend to participate in this at all. Hmmm.

I tried to find out what was the matter. How did he feel about his role? He did not care at all. How did he feel about performing this solo, did it make him nervous? Of course not!  Did he find it hard to rap? No again. They both liked soccer, and they both were soccer players in their roles. They were best friends. Something was stopping the one boy but he could or would not tell me what it was.

So I decided to go for boys’ energy: keep moving! I told them to get a ball, and to play- act a bit with it, no big shoots, just moving and fooling around. And I put on the music with their parts….

It worked out great. It took him some minutes to actually make an effort, but their playing the ball became bolder and so did their voices and rapping! At the end of the half hour we had, they both nearly knew all their lines by heart, they were audible and in the rhythm and they both agreed on the assignment for the next lesson. Yes! I found the right way. No talking. Just start doing and moving! And…. letting go of the notion ‘how you should behave / teach’

Do you recognize this? Had a similar experience? Tell me all about it!